Diversity in The Catlins

Forestry has been important to The Catlins from 1865 when the first sawmill was established and milling became the district’s major industry for some time. Much timber was shipped to Dunedin and beyond from small ports along The Catlins coast.

As road transport developed timber was transported to the railheads at Tahakopa, Tokanui, Owaka and other smaller settlements. Rimu was the main variety of timber milled and there were also small amounts of Matai and Miro. The amount of native timber being milled decreased markedly during the 1960’s and most of the mills were closed. The native forest areas are now largely owned by the Department of Conservation and although not a lot of trees are being felled, logging is still being carried out on a small scale but requires a permit.

In recent years the number of exotic plantations has increased with land formerly cleared for livestock farming being planted mainly in Radiata pines and Eucalyptus trees. Farm forestry is increasing in the area with farmers planting trees for timber production, shelter and trees to enhance the beauty of the southern landscape.

Farming in the Early Days
Most early European settlers to The Catlins were farmers, sawmillers and railway workers. They arrived predominantly in the 1870s and 1880s. The farmers cleared their small landholdings of 20-80 hectares of native bush and tussock. Initially a living was made from selling felled timber, working in the local sawmills or helping to build the railway and roads. Before the land became productive food was not plentiful and the farming families relied on wild game such as pigs, rabbits, wood pigeons, eels and fish to supplement their diets.

Modern Day Farming
Today, pastoral farming is the predominant industry in The Catlins with most of the population either engaged in farming or in related service industries. Grass and clover are “what we do best” with fertile soils and reliable rainfall. Of the total area of land in the Catlins about half, (28,000 hectares) is in protected native bush. There is also a substantial amount of planted exotic production forest.

Sheep and Beef Farming
The rolling fertile farmland in the South Catlins is ideally suited to sheep and beef farming with a few dairying and deer farming operations. The average farm size is 280-300 hectares with each farm running about 2,500-3,000 sheep. The main income from sheep farming is from the export of lambs (about two-thirds) with the rest coming from wool and adult sheep sales.

Most of the lambs from The Catlins area are processed at the large co-operative meat processing plants at Invercargill and Balclutha. There are also smaller plants at Gore, Mataura, Morton Mains and Awarua. These lambs are sold when they are between 3 and 7 months of age and the majority are exported as chilled (not frozen) meat cuts, processed ready for the supermarket shelves of every continent. The Catlins produces good quality lambs and wool. Average lambing percentages are around 130% -140% with some farms achieving over 150%.

Farms in the North Catlins on average are larger in size and the topography is steeper. This region is renowned for production of good quality beef calves. Overall, however, sheep farming is still the predominant land use in North Catlins, although dairying has seen a remarkable rise in recent years.

Both areas receive a reliable rainfall of between 1000 to 1500mm per year with a temperate climate. Snow may fall 3 or 4 times a year in the South Catlins. In the North Catlins the falls can be heavier, especially inland on the higher ground further from the coast.

Dairy Farming
Where there were once at least 8 small cheese factories in the area, there is now one giant co-operative milk processing factory at Edendale and another at Stirling, near Balclutha. There are also factories found at McNab and Awarua. A typical dairy farm in Southland milks herds of 584 cows.

There is a good deal of grazing (i.e. feeding for a weekly rental) of dairy animals, especially young heifers and also cows during their winter break from milking. Beef breeding cows have dropped in number but many farmers buy in and grow out young beef animals for export.

In the Catlins stock are grazed outside all year around and winter crops (swedes and choumoellier - fodder beet) are grown to supplement the grass rotation in the winter. Surplus grass in the summer is made into hay, bailage and silage.

There is accommodation in the Catlins where visitors can stay on a farm and experience the lifestyle. There is usually a spare pair of gumboots at the back door!

Tourism Catlins - "Working with the Community for Sustainable Tourism Development".

The Catlins is an emerging tourism destination in the south-east of the South Island of New Zealand. Increasing numbers of visitors are coming to the region, attracted by the remote and beautiful coastline, the extensive area of rainforest, the wildlife and the rural New Zealand experience that the area offers.

The Catlins is rapidly changing from a traditional summer holiday destination for Southland and Otago residents to a place where international visitors are now in the majority. 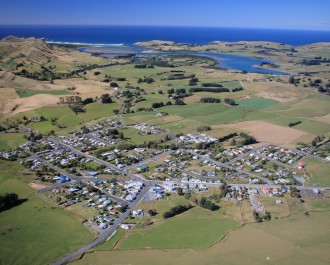 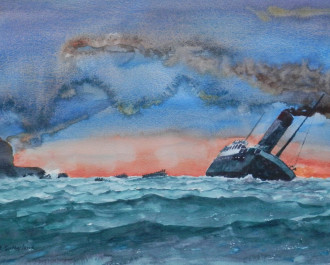