Fantastic sunsets over the estuary are just one of the highlights here.

Fortrose township, in the far south of The Catlins, sits at the mouth of the Mataura River, which was an early transport highway. It is the Southern gateway to The Catlins coastal route.

History - Fortrose has a history reflecting all the stages of European settlement – the short-lived whaling station, sawmills, the port where coastal shipping came and went, and farming which became and remains the key to the local economy. The heyday of the village was in the early 1900s when it was a lively centre of blacksmithing, trade, and there were churches and a school. However, the railway bypassed Fortrose in 1911, the sea lane became impassable due to the sand bar at the Mataura River Mouth, the roads to larger towns were improved and time attacked the deserted wooden buildings.) 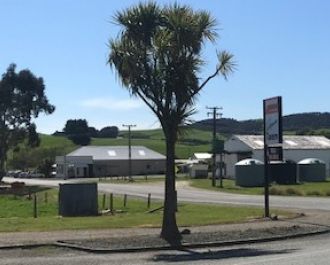